With the physical constraints looming over conventional silicon computing technologies and Moore’s law coming closer and closer to its limits, the past couple of years have seen engineers working on numerous new approaches to computing, from using biological matter for manipulating and storing data to using the quantum properties of particles for the development of quantum bits.

These quantum bits, or qubits for short, are the basis of one of the key emerging technologies in this field called quantum computing. 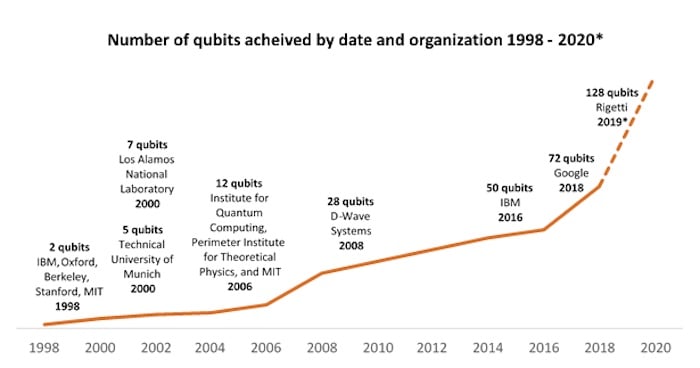 A graph charting the progression of qubits from 1998 to 2020. Image used courtesy of Fairview Captial

Contrary to traditional processors, where one byte represents one piece of binary data (a one or a zero), quantum bits can be both of these values at the same time until observed or until a calculation is completed for some conventional purpose.

The field has many big players such as Intel and IBM; however, newer entities and even companies that work in entirely different areas are starting to pick up on the importance of this technology, entering the quantum field with their take on the challenges up ahead.

This article focuses on three major quantum computing research centers that opened in the last quarter of 2021, featuring two collaborations between companies and academia and the start of an institute in the heart of the semiconductor engineering world.

Two companies, Honeywell, an engineering solutions company with a recently established department in quantum computing, and Cambridge Quantum, a quantum computing company, announced the merger of their quantum computing ventures in late November of last year as a newly formed entity named “Quantinuum.”

Honeywell, the North Carolina fortune 100 tech giant, rose on the quantum stage in 2020 with its two ‘ion-trap’ quantum computers of 6 and 10 qubits called the models H0 and H1. These qubits were considered a breakthrough in quantum hardware and used in industrial settings to optimize manufacturing operations.

The company that joined Honeywell in its quantum expansion, Cambridge Quantum Computing, is an English company that works on software and algorithm development.

Its primary focus is on cybersecurity, artificial intelligence, machine learning, and software simulation packages, all within the quantum computing area.

With their combined efforts, the new Quantinuum company, now a full-stack quantum computing developer, is set to offer products and solutions by integrating Honeywell’s hardware and Cambridge Quantum’s software packages.

The company is also working towards bringing its software solutions to other hardware developers, such as IBM’s suite of quantum devices.

Quantinuum currently has a staff of almost 400 and is working towards quantum algorithm innovations in the current quantum computing space. Its technologies target broad markets from quantum cyber security solutions to simulating financial models and even simulations in chemical sciences such as drug development and materials engineering.

In early December of last year, the Nanyang Technological University of Singapore (NTU) announced the launch of a new quantum development lab called the Quantum Science and Engineering Center, or QSec for short. The goal of QSec, which is the first quantum lab in Singapore, is to develop new chip technologies that work with the quantum physics principles of particles.

QSec researchers in the lab. Image used courtesy of NTU

QSec will develop photon-based quantum devices by using standard semiconductor fabrication methods. NTU’s engineers are already researching photonics and the use of the study in a quantum context where the quantum properties of light particles represent qubits as opposed to light beams representing regular binary bits.

This research aims to develop quantum photonic processors and sensors where individual photons are manipulated into complex calculation solving in different types of simulations such as financial and transportation system optimizations, artificial intelligence, and machine learning.

Additionally, the center has been working on developing quantum cybersecurity and cryptography chips that can be embedded into modern-day devices such as phones or computers running complex quantum level algorithms to secure sensitive information and communication.

QSec currently employs 30 researchers and offers quantum activities for training future engineers. With this center, the university plans to establish and strengthen a quantum industry in the region, positioning itself as a hub for international partnerships and collaborations to realize practical quantum computing applications.

One of the biggest multinational conglomerates that operate in the digital space, from streaming and e-commerce to all sorts of web services, Amazon announced its own Quantum Computing Center. This center will be part of its Amazon Web Services (AWS) department in October 2021. 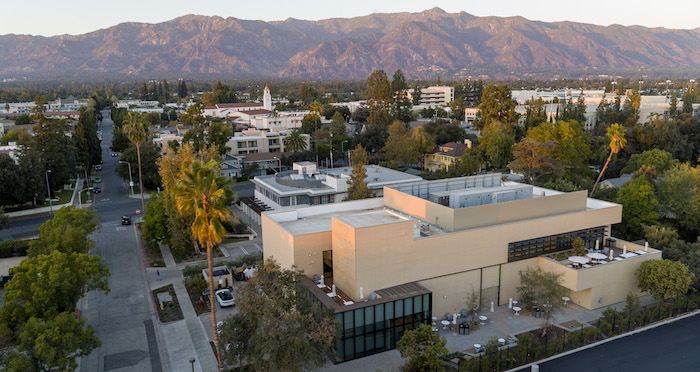 Located on the Caltech campus in Pasadena, California, this new facility is equipped with specialized laboratories and tools while also being in the center of one of the most advanced science and engineering universities.

While this is an ambitious task even for Amazon since it is, after all, its first quantum venture, a Caltech partnered Amazon-backed quantum center could be a contender in the quantum computing sphere.

Caltech’s expertise in engineering and quantum physics and Amazon’s financial and commercial power can put its center well on the way to functional and practical quantum computing.

For quantum computing technologies, the previous year ended with new partnerships and the opening of new facilities.

The goal of all quantum computing companies tends to converge towards developing better qubits, faster quantum chips, and building conventional quantum tools that can be offered and applied in real-world problems for real-world solutions.

The importance of the technology and the promise of what it can do could be the reason behind the trend of collaboration between companies, institutes, and academia. This collaboration might become more commonplace to address quantum computing challenges such as speed, scalability, and interference.

These challenges need to be mitigated before practical quantum machines can enter many industries and hopefully improve our lives.